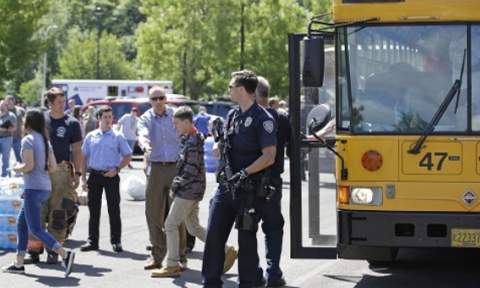 Originally published on September 22, 2014, at NationofChange.org

Due to public outcry, school districts nationwide are debating whether to keep their Pentagon-issued assault rifles, grenade launchers, and Mine-Resistant Ambush-Protected (MRAP) vehicles. Donated free of charge as part of the Defense Department’s 1033 Program, surplus military equipment has been dispensed throughout law enforcement agencies and school districts for decades. Recent criticisms of excessive police militarization in Ferguson, Missouri, last month has left many school officials questioning the need for military-grade weapons on campus.

According to the Defense Logistics Agency, over $5 billion in military equipment has been handed out to more than 8,000 law enforcement agencies and at least 26 school districts since 2007. California alone has received 8,533 surplus guns, 7,094 pieces of night-vision equipment, 2,370 bayonets and knives, 49 armored vehicles, 59 airplanes and helicopters, and 18 grenade launchers since 2006.

A Freedom of Information Act (FOIA) request filed last month revealed that 61 M16 rifles, 3 grenade launchers, and an MRAP have been transferred to the Los Angeles School Police Department. According to California’s Office of Emergency Services, the Baldwin Park School Police Department received three M16 rifles that they plan to return, while Kern High School District Police received 30 magazines for M4 assault rifle ammunition. Although the Los Angeles Unified School District has agreed to return the grenade launchers, they refuse to relinquish the assault rifles and mine-resistant vehicle.

END_OF_DOCUMENT_TOKEN_TO_BE_REPLACED 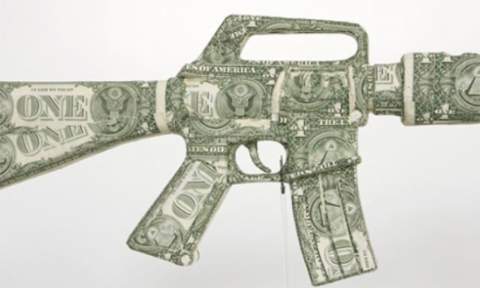 Originally published on September 21, 2014, at NationofChange.org

In a blatant conflict of interest, defense contractors and foreign governments are hiring pundits and think tanks to advocate for their agendas without media outlets disclosing their fiscal ties. Following a strategy developed by former Defense Secretary Donald Rumsfeld, think tanks funded by military contractors and foreign governments use commentators to influence policy or to generate exorbitant profits. Failure to disclose these financial connections reveals a glaring lack of journalistic integrity on the part of major media corporations.

During last year’s debates to attack Syria, former National Security Advisor Stephen Hadley made the rounds appearing on CNN, Fox News, and MSNBC. In a Washington Post op-ed, Hadley openly advocated for war against Syria. Yet none of these news organizations disclosed the fact that Hadley has also served on the board of Raytheon since 2009.

Raytheon produces the Tomahawk cruise missiles utilized during military campaigns. Regardless of whether the U.S. decided to go to war with Syria, Raytheon’s profits and Hadley’s 11,477 shares traded at all-time highs during the debate. A director and member of the Executive Committee of the Atlantic Council, Hadley is also a member of the Council on Foreign Relations (CFR).

END_OF_DOCUMENT_TOKEN_TO_BE_REPLACED

Originally published on September 21, 2014, at ForceChange.com

After returning to Bahrain to visit her ill father, a human rights activist was detained at the airport on the claims that she did not have Bahraini citizenship. After showing them her Bahraini ID card, the human rights worker was imprisoned for several days and charged with insulting the king and assaulting a police officer. The government of Bahrain must release this activist and drop the false charges against her.

Human rights worker Maryam Al-Khawaja returned to Bahrain to visit her imprisoned father, Abdulhadi Al-Khawaja. Imprisoned for life for his participation in advocating for human rights, Abdulhadi began a hunger strike calling attention to the injustice and torture endured by him and his fellow prisoners. Instead of allowing Maryam to visit her ill father, Bahraini authorities arrested Maryam to silence her and her family.

END_OF_DOCUMENT_TOKEN_TO_BE_REPLACED 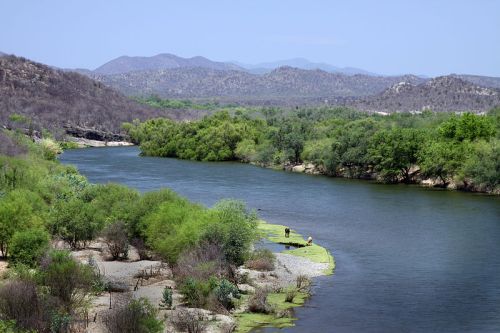 Originally published on September20, 2014, at ForceChange.com

Goal: Drop the politically motivated charges against a human rights activist leading protests against the construction of an aqueduct

While demonstrating against an aqueduct that will divert water away from an indigenous community, a human rights worker was arrested and falsely charged with abducting a different community’s leader. After leading a delegation to Washington, D.C. to request protection for the indigenous people, Mario Luna Romero returned to Mexico and was arrested days later on politically motivated charges. The Mexican government must drop these false charges and allow the human rights worker to defend the Yaqui community from losing access to its water.

As a spokesperson for the Yaqui tribe, Mario Luna Romero and his community have been working to prevent the construction of the Independence Aqueduct. The project will divert water from the Yaqui River and away from the tribe, despite the fact that it owns 50% of the waterway. After leading protests and requesting an environmental impact study, Romero took a delegation to Washington, D.C. to raise their case before the Inter-American Commission on Human Rights.

END_OF_DOCUMENT_TOKEN_TO_BE_REPLACED 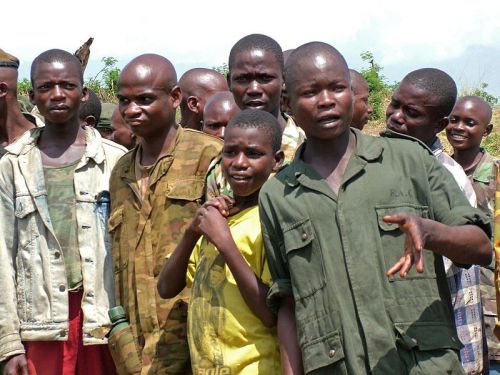 Originally published on September 20, 2014, at ForceChange.com

Target: Joseph Kabila, President of the Democratic Republic of the Congo

Goal: Investigate the abduction and murder of a human rights advocate

Eight days after being kidnapped by an armed group of men, the corpse of a human rights activist was found in a forest. While promoting a campaign against forced marriage and human rights abuses, the activist was abducted and murdered by the group committing many human rights violations. The government of the Democratic Republic of the Congo must investigate the execution of this human rights advocate and bring to justice the men who abducted and killed him.

END_OF_DOCUMENT_TOKEN_TO_BE_REPLACED 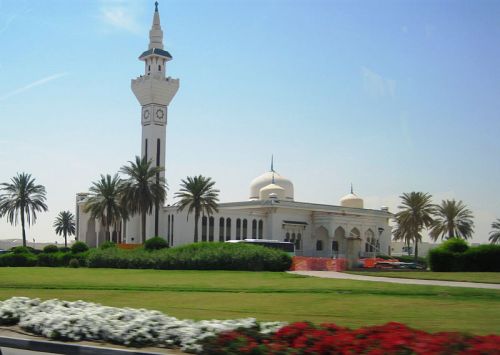 Originally published on September 18, 2014, at ForceChange.com

Goal: Applaud the release of human rights workers who were secretly abducted by the police

Researching human rights abuses against migrant workers living in Qatar, two British citizens disappeared while under heavy police surveillance. After being harassed and followed by law enforcement officials, the two human rights activists checked out of their hotel to return home and simply vanished. A previous ForceChange petition demanded the immediate release of these two human rights workers, and thankfully, the activists have been freed.

While working for the Norwegian human rights group, the Global Network for Rights and Development, Krishna Upadhyaya and Ghimire Gundev flew to Qatar to investigate the treatment of migrant workers constructing the facilities for FIFA’s 2022 World Cup. The night before their disappearance, Krishna Upadhyaya sent a message to a friend in Norway about the heavy police surveillance and harassment being conducted against them. On the day of their disappearance, many people reported seeing numerous plain-clothed policemen surveying their hotel.

END_OF_DOCUMENT_TOKEN_TO_BE_REPLACED 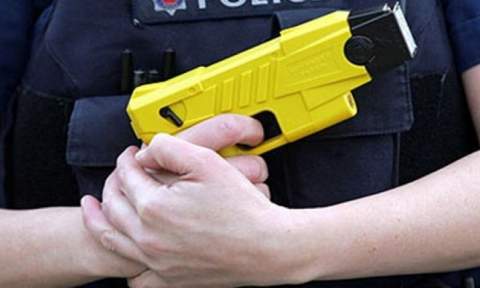 Originally published on September 17, 2014, at NationofChange.org

The FBI is launching an investigation into a routine traffic stop that left a 17-year-old police officer’s son in critical condition. Although the Independence Police Officer claims his actions had been justified, witnesses report several inconsistencies with the cop’s version of events. The FBI and Missouri police are reviewing video footage to determine whether the officer involved should be charged with excessive force.

On the afternoon of September 14, Officer Tim Runnels pulled over 17-year-old Bryce Masters because his license plate matched a plate wanted for a traffic warrant. According to the police, Masters refused to cooperate with Officer Reynolds and resisted arrest.

END_OF_DOCUMENT_TOKEN_TO_BE_REPLACED 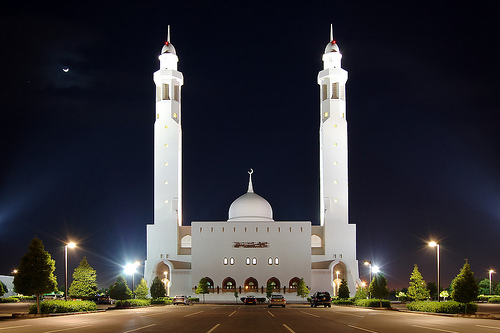 Originally published on September 17, 2014, at ForceChange.com

Goal: Applaud the release of a human rights advocate held at a police station

Prominent human rights activist and blogger, Mohamed Al Fazari Abdelrahman has been released after being secretly held prisoner by the police for five days. After receiving orders to appear at the police station, he was detained for several days without access to legal representation. The police refused to even acknowledge to his family and lawyer that they had arrested him. A previous ForceChange petition called for the immediate release of Mohamed Al Fazari, and this is a commendable success.

As founder and editor of the e-magazine Mowatin (“Citizen”), Mohamed advocates for freedom of speech and expression in Oman, which has made him a target for law enforcement. In August 2012, Mohamed Al Fazari Abdelrahman was convicted of insulting the ruler, violating cybercrime law, and unlawful gathering. He was pardoned by Sultan Qaboos bin Said al Said and released last year. In October 2013, he was arrested again and told to shut down his website. State security reportedly told Mohamed Al Fazari Abdelrahman that the next time they arrested him, they would never release him.

END_OF_DOCUMENT_TOKEN_TO_BE_REPLACED 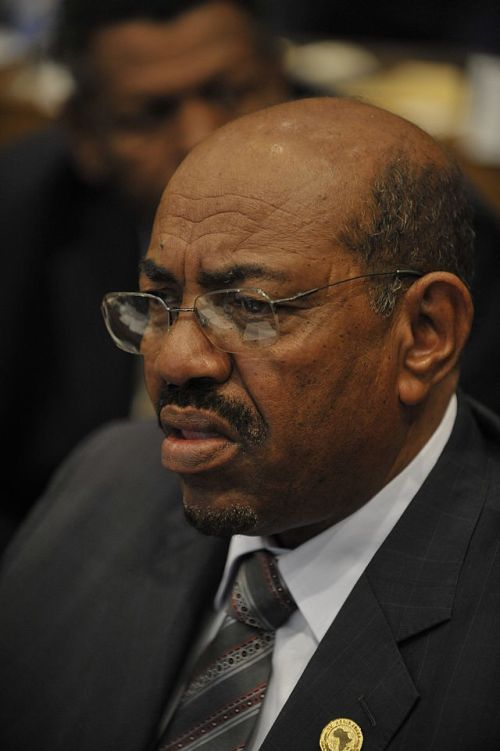 Originally published on September 16, 2014, at ForceChange.com

Goal: Investigate the murders and mistreatment of protestors by police

Burdened with a deteriorating economy and rising inflation, the Sudanese people have taken to the streets to voice their discontent. In response, police and other security forces have repeatedly used excessive and unnecessarily lethal force to suppress the masses. Operating with impunity, security forces have detained, tortured, and killed people attempting to practice free speech. The government of Sudan must investigate these human rights violations and actively prosecute the officers responsible for these crimes.

END_OF_DOCUMENT_TOKEN_TO_BE_REPLACED 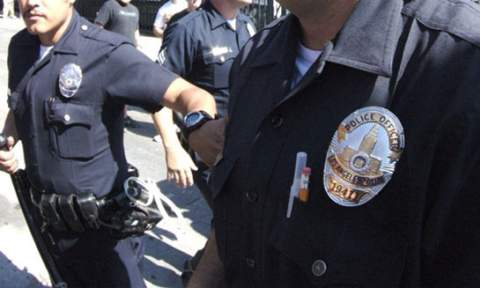 Originally published on September 15, 2014, at NationofChange.org

While deadlocked on whether an LAPD officer had been negligent in killing an unarmed naked man, a federal jury has rejected claims that the officer used excessive force. Based on the trajectory of the fatal bullet, the victim’s family believes the killing of Reginald Doucet, Jr. was unjustified.

On January 14, 2011, Reginald Doucet, Jr. took a taxi from a nightclub in Hollywood to his apartment in Playa Vista. Realizing he did not have enough cab fare, Doucet got into an argument with the driver. Instead of waiting for Doucet to retrieve more cash from his apartment, the cab driver and a nearby resident who heard them shouting called the police.

According to the LAPD, two officers arrived at 3:30am to find Doucet naked jumping on parked cars. At first, Doucet complied with the officers and placed his hands behind his head. As Officer Aaron Goff attempted to place handcuffs on him, Doucet broke the officer’s grip and fled.