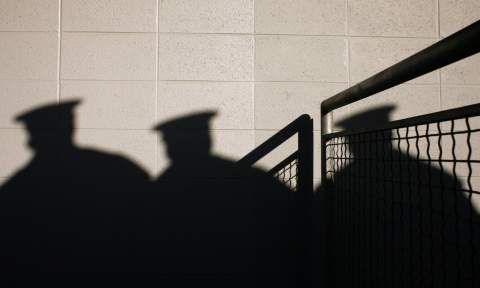 Originally published on August 15, 2014, at NationofChange.org

Seven men have been arrested in connection to a bribery scheme to collect roughly $5.5 million in government contracts. On August 12, Scott Miserendino, Sr. became the sixth man to plead guilty for his role in the crime. The former U.S. Navy contractor, Miserendino, pleaded guilty in federal court to accepting bribes and conspiring to commit bribery.

Scott Miserendino joined the U.S. Navy’s Military Sealift Command in 1994. With a fleet of 110 ships posted around the world, the defense contractor is the leading provider of transportation for the U.S. Navy. On January 7, 1998, the Military Sealift Command published a press release awarding Miserendino for his cost-saving strategies. The press release has since been removed from the site.

In 2004, Miserendino began working with Kenny Toy, a former Afloat Programs Manager for the N6 Command, Control, Communication, and Computer Systems Directorate. Together they managed the command’s telecommunications projects, reviewed proposals, prepared budgets, and influenced the distribution of lucrative government contracts. In November 2004, Miserendino and Toy embarked upon a bribery scheme that lasted five years.

When coconspirator Dwayne Hardman, cofounder of the telecommunications company Miller Hardman Design, threatened to report the bribery scheme to Navy authorities, Miserendino paid Hardman $85,000 to keep his mouth shut. In his indictment, Miserendino had originally been charged with obstructing a criminal investigation and witness tampering. As part of Miserendino’s guilty plea, the prosecution agreed to drop the obstruction charges.

In the following months, three more defendants pleaded guilty to conspiracy to commit bribery. Michael McPhail, Roderic Smith, and Adam White admitted to bribing Miserendino and Toy in order to acquire more lucrative federal contracts for their companies. They received prison sentences ranging from two to four years and ordered to forfeit a total of $289,000.

On May 23, Miserendino and Timothy Miller were indicted on charges of conspiracy and bribery. Miller was a former partner at Miller Hardman Design and previously owned ACS Systems and Engineering, which also provided work for government contracts. On August 14, Miller pleaded guilty to bribing a public official. His lawyer, Jon Babineau, claims it was Miller who launched the investigation by reporting the bribery conspiracy to the feds.

Miller will be sentenced on November 7. He faces a maximum sentence of two years in prison.