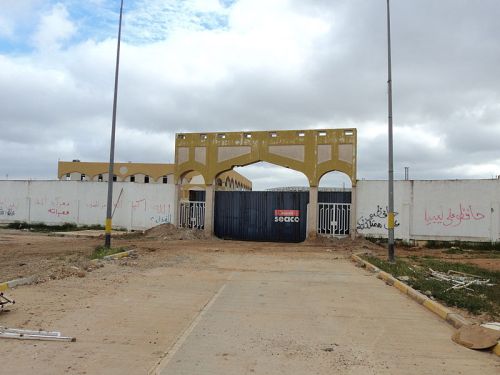 Originally published on September 28, 2014, at ForceChange.com

While campaigning for peace and democracy, two human rights activists were gunned down inside their car. Near midnight, three cars surrounded the teenage activists and shot them in cold blood. The Libyan government must track down their killers and provide justice to the families and friends of the murdered human rights activists.

Publicly standing against the bombings in Libya, human rights activists Tawfik Bensaud and Sami ElKawafi advocated for peace and democracy in their war-torn country. Eighteen-year-old activist and blogger, Bensaud, and 17-year-old activist, ElKawafi, had joined other youth activists to discuss crisis management in Libya. Days before his death, Bensaud told the media that, “A military movement alone cannot solve the crisis; there must be a civil movement that works parallel to it. If young people are given a chance, they can find a peaceful solution. My message to Libya’s youth is, you are powerful and you can make a change. You just need to take the opportunity and act.”

While driving through Benghazi days later, three cars surrounded Bensaud and ElKawafi’s vehicle and opened fire, killing the young activists. By signing the petition below, you will urge the President of the Libyan General National Congress, Nouri Abusahmain, to stop these politically motivated assassinations and prevent further bloodshed against human rights activists.

While advocating for peace and democracy, two teenage human rights activists were gunned down in the streets of Benghazi. Eighteen-year-old Tawfik Bensaud and 17-year-old Sami ElKawafi were driving down the street when three cars surrounded them and shot them to death. Days before the assassination, Bensaud had expressed to the media a desire to help your country through acts of nonviolence. These boys did not deserve to die for wanting peace.

A plague of politically motivated assassinations has infected your country, and your government has done nothing. I urge you to find these killers and deliver justice to the families and friends of these teenage activists. Allowing these murders to continue will only breed a legacy of fear and blood.

By continuously failing to catch and actively prosecute these assassins, you appear to be endorsing their actions. In the eyes of the world, your government seems both incompetent and corrupt. Prove that you are neither by finding these killers and punishing them to the full extent of the law. The unjust death of two teenagers is never acceptable.