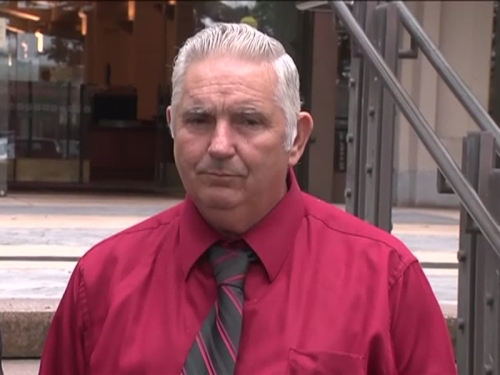 Originally published on September 25, 2014, at NationofChange.org

Former Police Chief Earl Theriot has been sentenced to serve 24 months of probation and a $2,500 fine for making false statements to an FBI agent in connection with a criminal civil rights investigation. After reluctantly resigning from office, Theriot admitted to sexually assaulting an Ascension Parish woman and lying to an FBI agent investigating the incident. The victim has filed a civil lawsuit against Theriot for violating her rights.

On the afternoon of November 1, 2013, Theriot responded to a call concerning an intoxicated and unresponsive woman at a Sorrento grocery store in Louisiana. According to the lawsuit, Theriot placed the inebriated woman in the front seat of his car and groped her. Before taking her to the police station, he drove to another store and bought vodka for the woman while propositioning her.

Entering his office through a private entrance, Theriot placed her in handcuffs and used her belt to restrain her beneath his desk. He asked her for sex in exchange for not taking her to jail and forced her to give him oral sex while she remained bound underneath his desk. He held her in his office for four hours between 1pm and 5pm, and even held a meeting with the mayor during that time.

Before forcing her to perform oral sex, Theriot met with Mayor Mike Lambert in a separate part of his office. Handcuffed and restrained under the desk, the Ascension Parish woman found Theriot’s cell phone and called her boyfriend. As Theriot spoke with the mayor, she told her boyfriend that she was being held against her will. Arriving at the police station, the boyfriend was informed by Officer Lyndell Aguillard that his girlfriend was not in any danger.

After Theriot finished his meeting with the mayor, he returned to his desk and forced the woman to perform oral sex. At 5pm, he handed her over to her boyfriend along with her belt and the vodka bottle. Drunk and incoherent, she had to be held up by her boyfriend and her pants had been unzipped.

Since the incident, Theriot has repeatedly called the woman attempting to see her again. Offering money and alcohol, Theriot has made numerous sexual advances over the phone. On January 17, the woman responded by filing a civil suit alleging Theriot committed assault, sexual assault, battery, sexual battery, and forcible sexual battery against her.

As members of the Town Council called for his resignation, Theriot responded, “They can stick it.”

But on February 6, Theriot sent a letter to the mayor and councilmen announcing his retirement the following day. Four days later, Theriot admitted to engaging in inappropriate sexual conduct and lying to an FBI agent investigating the charges against him. On January 2 and 9, Theriot told the FBI agent that he had dropped the woman off at her residence, did not know how she had entered his office, was never alone with her in his office, and did not attempt to have sexual contact with her.

United States Attorney Walt Green stated, “This defendant had no business being in a position of law enforcement authority. The people of Sorrento deserve better.”

“You believed yourself to be above the law,” District Judge Brian Jackson said to Theriot. “The issues your police department is having are because of you.”

In November 2013, the Sorrento Police Department and its vehicles lost their insurance coverage. According to town officials, the cancellation was a direct result of the multiple claims against Theriot’s department.

Judge Jackson decided not to impose a jail sentence due to the fact that Theriot has been helping the FBI with an ongoing investigation. No trial date has been set for the civil lawsuit against him.