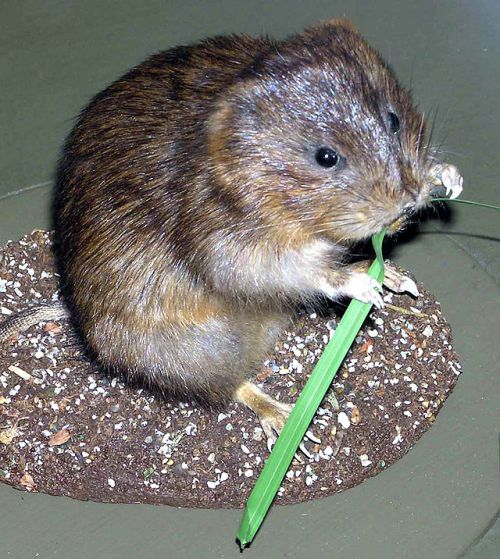 Originally published on September 23, 2014, at ForceChange.com

Within the last 50 years, the water vole population in the U.K. has dropped by approximately 95 percent. The water vole is a semi-aquatic small mammal that resembles a rat. Water vole habitats have been deteriorating due to irrigation, watercourse management, and erosion. By recreating the lost habitats, the British government can give the water vole a chance to step away from the edge of extinction.

Fifty years ago, roughly eight million water voles populated the riverbanks and streams of the U.K. Their population has rapidly dropped to less than 200,000 water voles today. The leading cause is the rampant destruction of their breeding grounds and habitats. Unable to hide from predators or protect their young, the water vole population is dramatically decreasing.

As irrigation and watercourse management redirect water, the water voles living beside the riverbanks are losing their habitats. Eroded burrows and vanishing food supplies have left them hungry and vulnerable. Recreating their lost habitats will prevent the water vole from disappearing off the face of the planet.

By signing the petition below you will urge the Prime Minister of the United Kingdom, David Cameron, to save the water vole from extinction.

Although your government has declared legal protection for water voles, they remain the U.K.’s most rapidly declining mammals. Criminalizing the disturbance or destruction of their breeding grounds was a helpful measure. But in order to prevent their extinction, you need to recreate their eroded habitats.

Without the safety of their burrows, the water voles are exposed to predators and must travel farther for food. They can no longer protect themselves or their children. Within 50 years, the size of their population has dropped from eight million to less than 200,000. The leading cause is systematic destruction of their habitats. We are not doing enough to protect them.

The British government has already shown concern for the declining water vole population. But further steps need to be taken to ensure their survival. Recreate their damaged habitats along riverbanks and streams so they can rejuvenate their numbers. Continue prosecuting anyone caught obstructing or destroying their breeding grounds while actively repairing the damage done to their homes. Do not abandon them to predators and starvation.