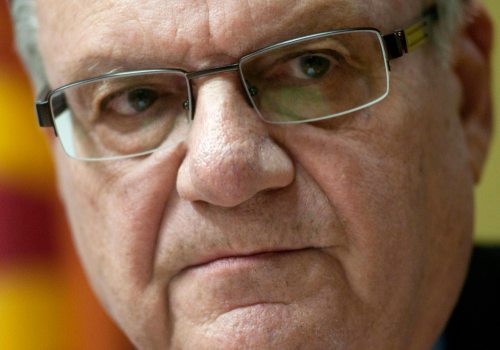 Originally published on October 9, 2014, at NationofChange.org

The mother of a deceased inmate has filed a wrongful death lawsuit against self-proclaimed “America’s Toughest Sheriff” Joe Arpaio. Found guilty of racial profiling in federal court and under Justice Department investigation, Sheriff Joe Arpaio oversees Arizona jails that have twice been ruled unconstitutional due to mistreatment and inhumane conditions. First voted into office in 1992, Arpaio has cost Maricopa County millions of dollars in settlements resulting from his campaign of abuse and corruption.

On September 30, 2013, Felix Torres was arrested on warrants for driving on a suspended license and failure to appear in court. After notifying officers of his history with ulcers, Torres waited for days before a doctor eventually evaluated him and diagnosed him with hernia pain. The doctor gave Torres an injection of a drug that should not be given to ulcer patients and had him treated for the hernia. After returning to his cell, Torres complained of severe pain but officers ignored his pleas. He was found dead in his cell on October 5, 2013.

“I don’t think the detention staff have done anything wrong in this case,” claimed Deputy Chief Jack Macintyre. “I think they’ve done exactly what they should do within the confines of the responsibilities for monitoring the care and custody of inmates.”

Suffering from bipolar disorder and psychosis, Ernesto “Marty” Atencio was arrested on December 15, 2011 for kicking a door and chasing after a car on foot. While being processed, Atencio refused to remove his shoes. Placing arm locks and a chokehold on him, former detention officer Anthony Hatton punched Atencio three times in the face while Sergeant Jason Weiers tased him multiple times on the floor. After going into cardiac arrest, Atencio was stripped naked and dragged into a cell. Eight minutes later, officers performed CPR and rushed him to the hospital. Atencio’s family removed him from life support on December 20, 2011.

“The sheriff’s office murdered my brother,” stated Mike Atencio. “That’s what I want to get out to the public right now: Sheriff Joe is murdering inmates.”

In October 2012, Arpaio and the county chose to settle another wrongful death lawsuit by paying $3.25 million to the family of Deborah Braillard. Arrested on a minor drug charge, Braillard was denied insulin for three days inside a Maricopa County jail before slipping into a diabetic coma. Former Maricopa County Jail Medical Director Dr. Todd Wilcox and medical consultant Dr. Jacqueline Moore testified that key evidence including Braillard’s medical records, videotape of her intake screening, recorded phone calls with family members, and a medical bracelet identifying her as a diabetic patient had been destroyed.

Legally blind and mentally disabled, Brian Crenshaw was arrested for shoplifting and incarcerated in Tent City. After cutting off his anti-depressant medication, officers confronted Crenshaw during lunch demanding to see his inmate identification card. When Crenshaw refused to respond, Officer Martinez placed him in handcuffs and escorted him to a holding cell without any video cameras. Joined by officers Ferguson and Snider, Martinez and his colleagues savagely beat the handcuffed prisoner. After sustaining a broken neck, broken toes, a laceration near his eye, and a duodenal perforation, Crenshaw was placed in solitary confinement for several days before slipping into a coma and dying on April 15, 2003. Arpaio claims Crenshaw sustained these injuries after falling four feet from his bed to the floor. Crenshaw’s family received $2 million for his wrongful death.

In 2006, Arpaio, former Deputy Chief David Hendershott, and Maricopa County Attorney Andrew Thomas began targeting the sheriff’s political opponents including judges, county supervisors, and journalists. On October 18, 2007, New Times reporters Michael Lacey and Jim Larkin were arrested for publishing an overreaching subpoena demanding the newspaper’s computer records and information on anyone who has even looked at the New Times website since 2004. The case was thrown out, and the New Times has sued for $15 million.

After committing perjury and filing false charges against Arpiao’s enemies including the county manager, four county judges, and Maricopa’s entire board of supervisors, Thomas and his former deputy Lisa Aubuchon were eventually disbarred in 2012. Hendershott was forced to resign after an internal report emerged detailing years of alleged corruption and misconduct. During this time, investigations into more than 400 rape, sexual assault, and child molestation cases were diverted to focus instead on racial profiling sweeps and false criminal charges against Arpaio’s political enemies.

After the Justice Department launched an investigation into allegations of discrimination and unconstitutional searches and seizures in June 2008, Arpaio refused to cooperate with investigators. On September 2, 2010, the DOJ filed suit against Arpaio to compel his cooperation. Less than a year later, Arpaio conceded defeat and allowed federal investigators access to his staff and files. On March 24, 2013, U.S. District Judge G. Murray Snow issued a decision in Melendres v. Arpaio that found Arpaio and his office in violation of the Fourth and Fourteenth Amendments and Title VI of the Civil Rights Act of 1964.