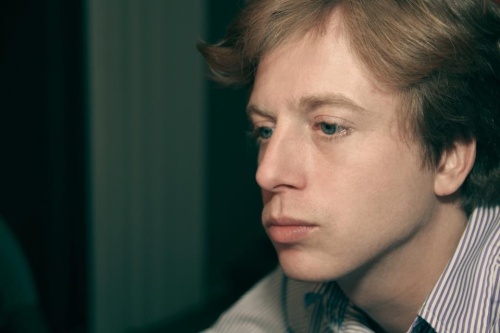 Originally published on January 24, 2015, at NationofChange.org

Freelance journalist Barrett Brown, whose work has appeared in The Guardian, Vanity Fair, and The Huffington Post, was sentenced to 63 months in prison on Thursday for posting a hyperlink containing stolen credit card information. Initially facing a possible sentence of 105 years, Brown accepted a plea deal after prosecutors agreed to drop most of the charges against him. The judge also ordered Brown to pay $890,250 in restitution to several companies targeted by the hacker collective Anonymous.

More disclosures revealed that Dow Chemical hired Stratfor to spy on protestors and victims of the 1984 Bhopal disaster while maintaining surveillance on activist filmmakers, The Yes Men. Other emails exposed that The Coca-Cola Company hired Stratfor to spy on members of PETA during the 2010 Olympics. In a statement, The Coca-Cola Company responded to the emails by saying they “consider it prudent to monitor for protest activities at any major event we sponsor.”

On December 25, 2011, Brown copied a link containing stolen credit card data from an Anonymous Internet Relay Chat (IRC) channel and pasted it to ProjectPM, his crowdsourced think tank researching the intelligence contracting industry. Instead of using the stolen credit cards from Stratfor’s files to make purchases, Hammond shared the information on the Anonops IRC channel. Many members of Anonymous used the credit cards to make donations to various charities.

On the evening of March 5, 2012, the FBI raided Hammond’s apartment in the south side of Chicago and arrested him. The following day, the FBI executed search warrants at Brown’s apartment and his mother’s house in Dallas. Seizing Brown’s computer and cell phone, the FBI later charged Brown’s mother with obstruction of justice for concealing his laptop computer in her house.

A former heroin addict, Brown had been suffering from drug withdrawal from his prescribed Suboxone and Paxil when he uploaded a series of videos to YouTube. Frustrated by the obstruction charge against his mother, Brown threatened to retaliate against FBI Special Agent Robert Smith for targeting his family.

While participating in a Tinychat session with Anonymous members on September 12, 2012, Brown was arrested by FBI agents as they raided his apartment on video. Initially charged with threatening an FBI agent on the internet, Brown was also charged with additional counts of aggravated identity theft, obstruction, and fraud. He faced a maximum sentence of 105 years in prison.

In response to the excessive prison sentence looming over Brown’s head for posting a link, several organizations including Reporters Without Borders, The Electronic Frontier Foundation, and The Committee to Protect Journalists advocated on his behalf. During the second season of “House of Cards” on Netflix, Brown was repeatedly referenced as a political prisoner. But on March 22, 2013, Brown’s mother pleaded guilty to one misdemeanor count of obstructing the execution of a search warrant. And on November 15, 2013, Hammond was sentenced to 10 years in prison for the Stratfor hack.

In response to the massive media attention surrounding Brown’s trial, U.S. District Judge Sam Lindsay placed Brown and his attorneys under a court-issued gag order. On April 2, 2014, Brown accepted a plea bargain when prosecutors agreed to drop most of the charges against him. Guilty of transmitting a threat, accessory after the fact in the unauthorized access to a protected computer, and interference with the execution of a search warrant, Brown faced a maximum prison sentence of eight and half years.

Although it remains unclear whether any fraud occurred as a result of Brown’s link, he was sentenced to five years and three months on Thursday. Brown has already spent over two years in prison since his arrest.