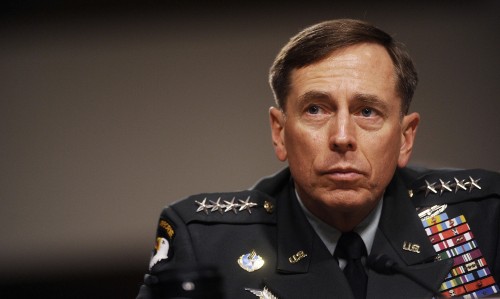 Originally published on March 5, 2015, at NationofChange.org

Retired four-star general and former CIA Director David Petraeus entered a plea bargain agreeing to plead guilty to leaking highly classified material to his former mistress and biographer, Paula Broadwell. In his plea deal, Gen. Petraeus also admitted to violating several Non-Disclosure Agreements with the Department of Defense (DOD), making false statements to the FBI during the course of a criminal investigation, and retaining classified documents after resigning from office. Although the Obama administration has a record of aggressively prosecuting conscientious whistleblowers, the Justice Department has been lenient on high-ranking officials responsible for leaking sensitive information.

After returning from the war in Afghanistan, Gen. Petraeus spoke with Broadwell about the location of sensitive documents referred to as the black books. In their conversation, recorded on August 4, 2011, Petraeus acknowledged that the black books contained highly classified material before eventually agreeing to lend her the journals. On August 28, 2011, Petraeus delivered the black books to a private residence in Washington, D.C., where Broadwell was staying for a week.

The black books consisted of eight sensitive notebooks possessing the identities of covert agents, war strategy, intelligence mechanisms, diplomatic discussion, notes from high-level National Security Council meetings, and Petraeus’ private discussions with President Obama. At the time, Broadwell was writing a biography of Petraeus titled “All In: The Education of General David Petraeus” while engaging in a sexual relationship with the married four-star general.

On August 31, 2011, Petraeus retired from the U.S. Army. The next day, he retrieved the black books from Broadwell and returned them to his home in Arlington, Virginia. On September 6, 2011, he became the Director of the CIA.

Petraeus reportedly ended the extramarital affair in the summer of 2012 after discovering that Broadwell had been sending threatening emails to a Flordia socialite and friend of Petraeus’ named Jill Kelley. Instead of ignoring the anonymous emails, Kelley reported them to an acquaintance at the FBI. Tracing the harassing emails back to Broadwell, the FBI learned that she had shared an email account with Petraeus where they left intimate draft messages for each other.

Concerned that Petraeus may have leaked sensitive material to Broadwell, the FBI interviewed the CIA Director on October 26, 2012. During the interview, Petraeus made two false statements to the FBI asserting that he had not provided classified information to Broadwell.

Two weeks after resigning, Petraeus signed Non-Disclosure Agreements with the DOD assuring the department that he no longer possessed or controlled any classified documents. On April 5, 2013, the FBI executed a search warrant on Petraeus’ residence and found the black books located inside an unlocked desk drawer.

On Tuesday, Petraeus filed a plea deal agreeing to plead guilty to one misdemeanor count of unauthorized removal and retention of classified material. The agreement with prosecutors includes a recommendation of two years of probation and a $40,000 fine.

Caught storing highly classified documents on his home computer in 1996, former CIA Director John Deutch agreed to plead guilty to a misdemeanor and pay a $5,000 fine. Although Deutch lost his security clearance, President Clinton pardoned him on his last day in office. In 2005, former National Security Advisor Sandy Berger pleaded guilty to a misdemeanor count of unauthorized removal and retention of classified material from the National Archives. Berger was sentenced to two years of probation and ordered to pay a $50,000 fine. And in 2008, former Attorney General Alberto Gonzales was admonished for keeping classified information about the NSA’s wiretapping program at his house but never faced any charges.

Unlike Kiriakou, Petraeus is responsible for disclosing the identities of covert agents while leaving classified material in authorized and unsecured locations. Kiriakou merely confirmed a name that Shane had already discovered. And unlike Petraeus, Kiriakou also revealed the existence of the CIA’s torture program during an interview with ABC News in 2007.