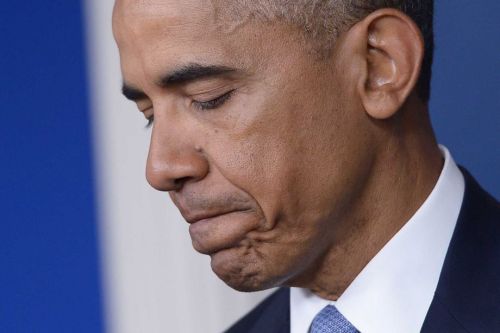 Originally published on April 25, 2015, at NationofChange.org

Since the inception of the drone program, the CIA has killed at least eight U.S. citizens with unmanned aerial vehicles (UAVs). On Thursday, President Obama announced that the agency recently used drones to kill two al-Qaeda hostages including a kidnapped American. According to estimates, nearly 4,000 people have been killed by U.S. drone strikes including at least 476 innocent civilians.

After weeks of reviewing intercepted cellphone conversations, drone feeds, satellite data, and informants’ reports, the CIA launched drones from a base in Afghanistan on January 15. The drones crossed the border into Pakistan and flew over the Shawal Valley to conduct a signature strike against four suspected al-Qaeda operatives. After the attack, surveillance video recorded six bodies being pulled from the debris instead of four.

Two of the bodies belonged to kidnapped aid workers, Dr. Warren Weinstein and Giovanni Lo Porto. Abducted in 2011, Dr. Weinstein had lived in Maryland before moving to Pakistan to become director for a consulting firm working with the U.S. Agency for International Development (USAID). Lo Porto, an Italian national, was taken hostage in 2012 while attempting to perform humanitarian work in Pakistan.

Included amongst the rubble was the body of another American. Alleged al-Qaeda deputy leader, Ahmed Farouq also died in the strike. According to U.S. officials, Farouq was born in the United States and moved to Pakistan as a child.

In a separate strike on January 19, Adam Gadahn, a U.S. citizen from Oregon and al-Qaeda propagandist, was killed in a CIA drone strike in Pakistan. Due to the fact that the CIA was conducting signature strikes designed to attack unidentified people based on evidence of suspicious behavior or other signatures, government officials have admitted that the agency was not aware it was executing Americans until weeks after their deaths.

On November 3, 2002, the CIA launched a Predator drone and fired a Hellfire missile at a vehicle in Yemen occupied by suspected al-Qaeda members. The vehicle exploded killing six men including a U.S. citizen named Kamal Derwish. Born in New York, Derwish had grown up in Yemen and Saudi Arabia before allegedly joining al-Qaeda. Although the Bush administration claimed that the CIA did not intentionally kill Derwish, it remains unclear whether the agency deliberately targeted him or not.

On September 30, 2011, two Predator drones launched from a secret CIA base in Saudi Arabia, crossed the border into northern Yemen, and fired Hellfire missiles at a vehicle containing Anwar al-Aulaqi, commonly misspelled as “al-Awlaki,” of New Mexico. The government would later learn one of the passengers in Anwar’s vehicle had been another U.S. citizen, Samir Khan. On the evening of October 14, 2011, Anwar’s innocent 16-year-old son, Abdulrahman, attended a barbeque with his friends and cousins when a UAV butchered everyone in the vicinity. A month later, a CIA drone strike killed Florida native Jude Kenan Mohammad in Pakistan.

Responsible for launching drone strikes against a Yemeni wedding and a Pakistani tribal council meeting, the Obama administration continues to allow the CIA to operate signature strikes with impunity. According to average estimates from the Bureau of Investigative Journalism, Long War Journal, and New American Foundation, U.S. drone strikes have killed at least 3,852 people in Pakistan, Somalia, and Yemen. At least 476 of those casualties were civilians. Eight were U.S. citizens executed without due process.