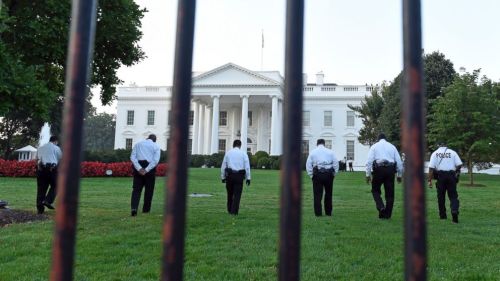 Originally published on June 18, 2015, at NationofChange.org

The Army veteran who scaled the White House fence last year and entered the East Room armed with a serrated knife was sentenced on Tuesday to 17 months in prison. Although Omar Gonzalez did not cause any physical damage, the Iraq war veteran did expose major flaws and incompetency within U.S. Secret Service. Amid a string of scandals and misconduct, the Secret Service has replaced a Director and six Assistant Directors in multiple attempts to improve failing leadership and tighten security.

At 7:19 p.m. on September 19, 2014, Secret Service agents noticed Omar Gonzalez climbing over the White House fence and landing on the North Lawn. As officers with the U.S. Secret Service’s Uniformed Division ran towards Gonzalez and ordered him to stop, Gonzalez rushed past them ignoring their commands. Although an attack dog was present, the handler chose not to release the canine fearing the dog might attack the other officers instead.

After racing across the lawn, Gonzalez burst through the front entrance of the White House where a uniformed officer failed to lock the door in time. The security alarm near the entrance had been disabled due to the fact that the White House staff had found it annoying. After knocking down the guard posted at the front door, Gonzalez ran across the hall and entered the East Room.

An off-duty Secret Service agent coincidentally leaving for the night tackled Gonzalez and detained him. While searching Gonzalez, officers found a three-and-a-half inch serrated folding knife in his front pants pocket. After searching his nearby vehicle, officers discovered hundreds of rounds of ammunition, hatchets, and a machete in his Ford Bronco.

Honorably discharged in 2012 after being diagnosed with PTSD, Gonzalez became increasingly paranoid and unpredictable. After Gonzalez reported a burglary in February 2013, Texas police found him patrolling his front yard armed with an assault rifle, two handguns, and a knife. On July 19, 2014, Gonzalez suffered another episode when Virginia police attempted to pull over his Bronco. Gonzalez pleaded guilty last month to eluding police while possessing an illegal sawed-off shotgun during the pursuit.

On March 13, Gonzalez pled guilty to one count of unlawfully entering a restricted building while carrying a deadly weapon and one count of assaulting, resisting, or impeding certain officers or employees. U.S. District Judge Rosemary Collyer sentenced Gonzalez on Tuesday to 17 months in prison, psychiatric evaluations, and full cooperation with the Secret Service. Besides allowing the Secret Service access to his medical records, Gonzalez also had to give up his weapon collection and is prohibited from entering D.C., except for court appearances and meetings with his attorney.

“No more guns, no more machetes, no more knives, no more tomahawks,” Judge Collyer told Gonzalez. “Got it?”

In less than a year, the Secret Service announced the resignations and demotions of one Director and six Assistant Directors. Just a few weeks after the break-in, Director Julia Pierson resigned when caught openly lying to the House Committee on Oversight and Government Reform. Unable to provide satisfactory answers regarding the 2011 White House shooting and the recent breach by Gonzalez, Pierson inadvertently revealed that she had neglected to inform the president about a security breach involving an armed private contractor with a criminal background at the Centers for Disease Control and Prevention.

Besides scandals including prostitutes and passing out drunk in hotel hallways, two senior Secret Service agents collided their vehicle into a White House barricade in March while driving drunk. After disturbing an active bomb investigation, the agents were sent home instead of allowing law enforcement officials to arrest them. In response to these accumulating crimes, the Secret Service demoted four Assistant Directors and asked two more to retire earlier this year. In order to tighten security at the White House, the Secret Service decided to install sharpened spikes along the top of the perimeter fence.