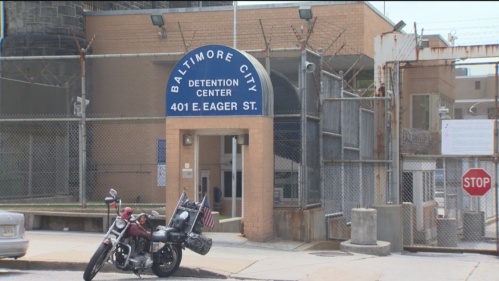 Originally published on July 2, 2015, at NationofChange.org

Caught participating in a racketeering conspiracy involving drug smuggling, assault, and money laundering, 24 correctional officers have been convicted for colluding with the Black Guerilla Family (BGF) gang in the Baltimore City Detention Center and several connected facilities. Altogether 40 correctional officers and BGF gang members or associates have been convicted for their participation in the wide-ranging conspiracy. On Wednesday, former correctional officer Ashley Newton was sentenced to 51 months in prison for smuggling contraband, money laundering, and allowing BGF gang members to assault other inmates.

Beginning as early as 2008, Newton began smuggling drugs and other contraband into prison for a succession of BGF leaders and had long-term sexual relationships with at least two BGF inmates, including Duron “Pinky” Young. On a daily basis, Newton smuggled prescription pills, marijuana, and tobacco for Young in exchange for payments, gifts, or a share of the profits. Newton also opened inmates’ cell doors to allow BGF members to assault other prisoners.

On May 19, 2011, Newton unlocked a door allowing a large number of BGF inmates to attack and repeatedly stab a prisoner. After Young targeted another inmate for selling contraband without his permission in 2012, Newton opened the door of the inmate’s section to permit Young and another BGF member to assault the inmate. Newton warned the BGF of upcoming prison searches by correctional officers and arranged for money to be sent to BGF inmates. She also facilitated phone calls between inmates, including calls from other prisons to BGF leader Tavon White.

“We’re about to go into a strange place, an upside-down world where inmates ran the prison and correctional officers took directions from the gang leader,” Prosecutor Robert Harding told jurors in his opening statements.