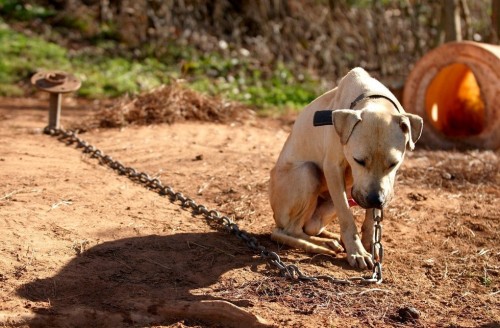 Originally published on November 16, 2014, at NationofChange.org

A federal judge concluded sentencing this week for eight people arrested in the second largest dog fighting raid in U.S. history. Responsible for the deaths and injuries of hundreds of dogs, most of the defendants pleaded guilty to conspiracy along with dog fighting and gun charges. The American Society for the Prevention of Cruelty to Animals (ASPCA) and The Humane Society of the United States (HSUS) have been providing food, shelter, and medical care for the animals seized during the raid.

On August 23, 2013, the ASPCA and HSUS assisted the FBI in seizing hundreds of canines from dog fighting rings in Alabama, Georgia, and Mississippi. Wounded, malnourished, riddled with parasites, and chained to car axles buried in the ground, roughly half of the seized dogs died or were euthanized. Federal and local law enforcement also seized drugs, firearms, and over $500,000 in cash from illicit gambling activities.

After organizing and hosting at least 80 dog fights, 50-year-old Donnie Anderson was arrested when investigators raided his Auburn home and wooded property in Waverly, Alabama. Cooperating witnesses testified that Anderson’s fights regularly had between 100 and 300 people in attendance who paid $100 to $150 for admission. With bets averaging $100,000 per fight, many participants were armed and sold illegal drugs at the venue.