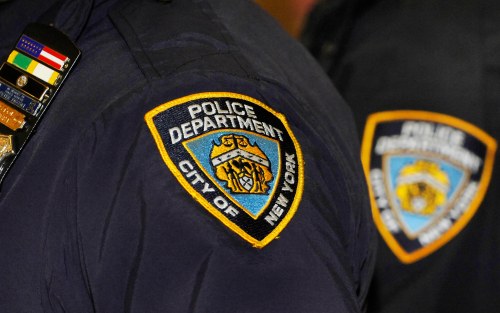 Originally published on July 15, 2015, at NationofChange.org

An NYPD officer was arrested on Monday for allegedly supplying oxycodone to a drug dealer in Vermont for three years. The officer’s accomplice hid the pills inside bags of Skittles that he mailed to the drug dealer’s infant niece to avoid detection. Unbeknownst to the officer and his accomplice, the drug dealer had secretly been cooperating with the DEA.

According to the multi-count indictment, NYPD Officer Andre Clarke began illegally supplying his accomplice, Michael Foreste, with oxycodone pills in 2011. Instead of operating directly with the drug dealer in Vermont, Officer Clarke reportedly supplied the opiate painkillers to Foreste, who personally brought the pills to Dannis Hackney of Burlington, Vermont. Foreste also sent the pills through the U.S. Mail by hiding them inside bags of Skittles addressed to Hackney’s infant niece.

On supervised release for a December 2008 federal drug conviction, Dannis Hackney began secretly working for the DEA while Foreste continued personally delivering and mailing oxycodone pills concealed inside resealed Skittles bags to Hackney’s two-month-old niece. During a traffic stop in Vermont two years ago, officers found 650 oxycodone pills hidden inside Foreste’s boxer shorts. Convicted of possession with intent to distribute, Foreste was sentenced in December 2013 to one year and one day in federal prison but remained free pending his appeal.

On May 16, 2014, Hackney was arrested with 300 oxycodone pills in his possession. Hackney agreed to cooperate with law enforcement officials but neglected to inform them about the drug packages to his niece. On June 10, 2014, DEA agents obtained a search warrant to seize a package addressed to Hackney’s infant niece. Inside the package, the DEA agents discovered a stuffed animal, infant’s clothing, a baby’s bib, a small purse, and two bags of Skittles candies. One of the Skittles bags contained 305 oxycodone pills.