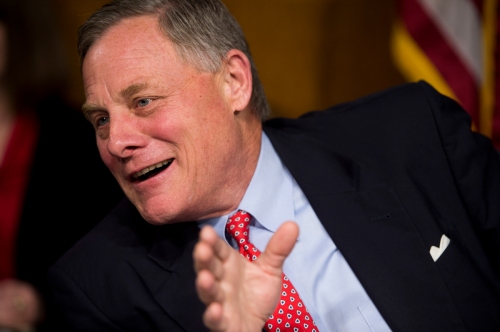 Originally published on January 22, 2015, at NationofChange.org

The new Senate Intelligence Committee Chairman sent a letter to the White House and several federal agencies last week demanding the return of every copy of the Committee’s entire classified CIA torture report. The new chairman, Sen. Richard Burr, also intends to return the notorious Panetta Review to the CIA. Critical of the agency’s false statements regarding the reliability of information obtained through torture, the Panetta Review’s release under the Freedom of Information Act (FOIA) has been blocked by the CIA.

On December 9, 2014, the Senate Select Committee on Intelligence released nearly 500 pages of the heavily redacted Executive Summary of the CIA’s Detention and Interrogation Program. According to the Committee, the CIA lied to Congress, the National Security Council, the Justice Department, and the American public about the severity of torture committed and the effectiveness of information gathered through enhanced interrogations. The Committee also accused former CIA Director Michael Hayden of lying to the Committee regarding prisoners’ deaths, the abusive backgrounds of CIA interrogators, threats against detainees’ family members, and reliability of information acquired through torture.

The CIA claims enhanced interrogation techniques were necessary to determine the secret locations of Osama bin Laden and Khalid Sheikh Mohammed (KSM), but the Committee discovered these assertions are false. A CIA detainee provided the agency with information leading to bin Laden’s location before agents subjected him to torture. The detainees who were subjected to the CIA’s enhanced interrogation techniques withheld and fabricated intelligence.

END_OF_DOCUMENT_TOKEN_TO_BE_REPLACED 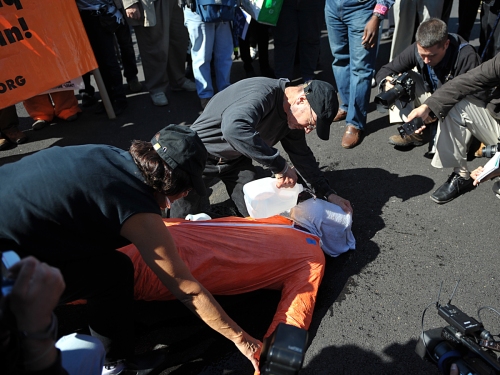 Originally published on December 10, 2014, at NationofChange.org

The Senate Select Committee on Intelligence released a scathing report condemning some of the abuses and torture committed by the CIA’s Rendition, Detention, and Interrogation (RDI) program, but failed to expose the CIA’s most heinous human rights violations. According to the report, the CIA lied to the Committee regarding prisoners’ deaths, the backgrounds of CIA interrogators, threats to detainees’ family members, and the effectiveness of torture.

On November 9, 2005, CIA Director of National Clandestine Service Jose Rodriguez, Jr. authorized the burning of 92 videotapes depicting the harsh interrogations of Abu Zubaydah and ’Abd al-Rahim al-Nashiri. In response to the destruction of those tapes, the Senate Select Committee on Intelligence voted to review the CIA’s Detention and Interrogation program on March 5, 2009. With access to over six million pages of CIA documents, the Committee merely provided a superficial summary without bothering to interview any participants or victims of the RDI program.

Following the tragic events of 9/11, the Justice Department constructed a series of legal memos authorizing the Bush administration’s use of torture against enemy combatants. In 2002 and 2003, Deputy Assistant Attorney General John Yoo authored the torture memos, which were signed by Assistant Attorney General Jay Bybee. The Authorization for Use of Military Force, the Military Commissions Act of 2006, and Executive Order 13440 became legal justifications for the utilization of enhanced interrogation techniques and a total disregard for the Geneva Conventions.

Under pseudonyms within the heavily redacted report, two retired Air Force psychologists, Dr. Bruce Jessen and Dr. James Mitchell, received contracts to develop the CIA’s enhanced interrogation techniques. They decided to reverse-engineer the Air Force’s Survival, Evasion, Resistance, and Escape (SERE) counter-interrogation training by inflicting both physical and psychological torture upon detainees. According to the report, they personally participated in waterboarding and interrogating prisoners.