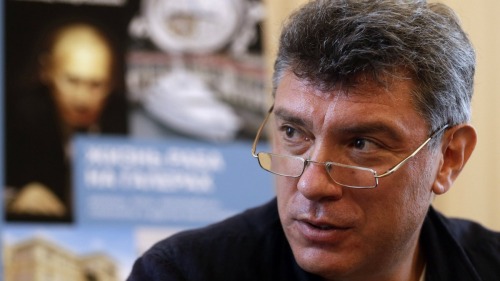 Originally published on March 1, 2015, at NationofChange.org

Hours after criticizing Russian President Vladimir Putin on the radio and promoting an anti-war rally in Moscow this weekend, former Deputy Prime Minister Boris Nemtsov was gunned down on Friday while crossing a bridge near the Kremlin. Recognized as an economic reformer and outspoken political leader critical of Putin’s rampant corruption, Nemtsov feared the Russian president would have him killed because of his opposition to the war in Ukraine. Since Putin assumed the presidency on December 31, 1999, over a hundred Russian journalists, authors, and activists have been killed.

Shortly before midnight on Friday, Nemtsov was crossing the Bolshoi Kamenny Bridge accompanied by a Ukrainian woman when a white car approached them. Conflicting accounts do not agree on what happened next. According to Vladimir Markin, a spokesman for the Russian Investigative Committee, at least seven shots were fired from the passing car. But according to Russian-language news website Meduza, several people had exited the car before shooting Nemtsov.

Interior Ministry spokeswoman Yelena Alexeeva announced that Nemtsov had been shot four times in the back, while his female companion remained unharmed. Six shell casings were found at the crime scene, which is located only 500ft from the Kremlin. Investigators believe Nemtsov’s murder was the result of a drive-by shooting.