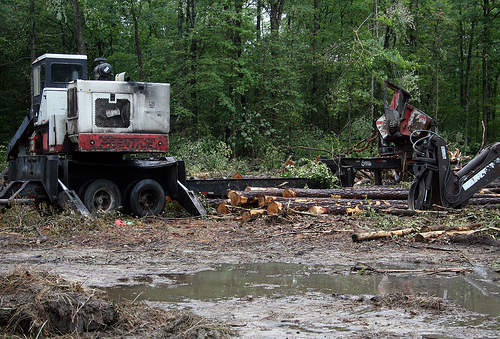 Goal: Reverse the World Bank’s decision to provide less protection to indigenous people and our ecosystems

The World Bank is weakening regulations that protect the environment and indigenous people in developing countries. By deregulating mining and logging corporations, the World Bank is endangering the lives of the residents and the ecosystems in which they inhabit. Do not allow corporate greed to trample the lives of innocent people.

A leaked draft of the World Bank’s new policies revealed that mining and logging corporations no longer have to consult with the indigenous people before taking over their land. The residents who are not violently removed will be subject to high levels of pollution in their air, water, and food. By stepping away and allowing the governments and corporations to make up their own rules, the World Bank has opened the door to historical human rights and environmental abuse.

No longer enforcing stipulations of human rights or environmental protection, the World Bank will be loaning out billions of dollars to even more corrupt governments. Deregulating these loan conditions gives these countries absolutely no incentive to protect their indigenous populations or the lands they inhabit. In fact, they will receive even more money by taking their land and poisoning their communities.

By signing the petition below you will help urge the President of the World Bank, Jim Yong Kim, to reverse these policies and continue providing protection to the environment and the indigenous people from corporate abuse.

By deregulating loan conditions, the World Bank is opening the door to further political corruption and human rights abuse in developing countries. Instead of funding humanitarian projects, your money will be used for deforestation and polluting carcinogens into the habitats of indigenous people. Your new policies will put people’s health and lives at risk in order to enrich greedy corporations and corrupt government officials.

No longer requiring mining and logging corporations to consult with the indigenous population has repeatedly led to bloody conflicts in the past. With the numerous cases of violence, contamination, and property destruction related to these incidents, what more evidence do you need that the World Bank is putting the indigenous people’s lives at risk by deregulating these corporations?

Do not allow greed and avarice to cloud your judgment. The indigenous people of these areas do not deserve less respect because they cannot afford a team of expensive lawyers. These corporations will not stop until they have mined every last mineral and torn down the final tree on the planet. In many cases, the World Bank’s regulations are the last line of defense protecting our planet and our people. Do not turn your back on them.