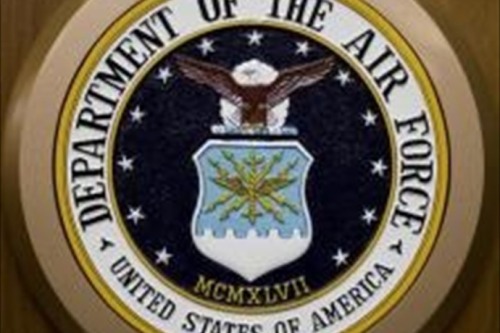 Originally published on November 7, 2014, at NationofChange.org

Following a recent series of scandals and misconduct, the U.S. Air Force has fired two more nuclear commanders and disciplined a third. Since June of last year, at least 16 senior nuclear officers have been fired, resigned, or had disciplinary action taken against them. As President Obama upgrades and revamps America’s nuclear stockpile, he continues to place these weapons into the hands of officers afflicted by low morale and poor leadership.

On Monday, the U.S. Air Force fired Col. Carl Jones and Lt. Col. Jimmy Brown due to a loss of trust and confidence in their leadership abilities. Second in command of the 90th Missile Wing at Warren Air Force Base in Wyoming, Col. Jones was responsible for 150 of the air force’s 450 Minuteman III nuclear intercontinental ballistic missiles (ICBMs). Although Lt. Col. Brown was relieved of command at the 91st Missile Wing at Minot Air Force Base in North Dakota on the same day, the air force asserts the timing of these firings is merely a coincidence.

According to an internal investigation corroborating allegations of misconduct, Jones became violent while throwing a temper tantrum inside a thrift store and verbally assaulted a first lieutenant at a restaurant on base. Engaged in a discussion about store hours at the Airman’s Attic, Jones repeatedly hit the front door and counter of the thrift shop while threatening to close down the store. In a separate incident at the Trail’s End Club, Jones lost his temper again while reprimanding a first lieutenant in front of witnesses. Relieved of command, Jones has been reassigned as a special assistant to the wing commander.

“In four separate instances, Jones acted in a manner that degraded his status as a senior officer and wing leader, including maltreating a subordinate,” stated Lt. Col. John Sheets, spokesman for Air Force Global Strike Command.

An investigation led by Maj. Gen. Jack Weinstein substantiated claims that Lt. Col. Brown had engaged in unlawful discrimination and told subordinates that pregnancy would negatively affect a woman’s career in his squadron. In March, a two-person crew operating a Minuteman III launch control center at Minot AFB fell ill and required hospitalization after inhaling fumes from a refurbishment project. Fearing reprisal from Brown, they had refused to abandon their post.

Commanding a group of three missile squadrons, an operations support squadron, and a helicopter squadron, Col. Richard Pagliuco, commander of the 91st Operations Group, was disciplined for failing to safeguard the morale, well-being, and welfare of the people under his command at Minot AFB. Air force officials admitted Pagliuco received a letter in his personnel file but declined to comment on the details of his punishment.

In March, the air force fired nine officers and accepted the resignation of the commander at Malmstrom AFB in Montana when an investigation into illegal drug possession exposed a pervasive cheating epidemic on base. After examining the text messages of four missile launch officers suspected of possessing illicit narcotics, investigators discovered test answers including classified information on their cell phones. With roughly 100 officers involved in the cheating scandal, Maj. Gen. Weinstein fired nine senior officers and accepted the resignation of Col. Robert Stanley, Malmstrom AFB’s commander.

Coincidentally as Stanley turned in his resignation, Col. Tracey Hayes fired Col. Donald Holloway, commander of the 90th Operations Group at Warren AFB. Holloway was relieved of command due to a loss of confidence in his ability to lead. Although Holloway was fired during the cheating scandal, the air force denies his departure was connected to the cheating investigation.

According to an inspector general investigation report, Maj. Gen. Michael Carey, commander of the 20th Air Force and responsible for overseeing 450 ICBMs, was frequently rude to his counterparts, socialized with suspicious foreign women, and became so drunk that a witness worried he required help standing while leading a U.S. delegation to Russia in July 2013. Inebriated at a Mexican restaurant in Moscow, Carey attempted to play with the band, but they refused. In October 2013, Carey was fired due to a loss of trust and confidence in his leadership and judgment.

In August 2013, Col. David Lynch, commander of the 341st Security Forces Group at Malmstrom AFB was relieved of his duties due to a loss in confidence in his ability to lead. Lynch was fired after the missile wing received an unsatisfactory rating during a Nuclear Surety Inspection.

Following the removal of 17 officers assigned to watch over nuclear ICBMs at Minot AFB, Lt. Col. Randy Olson was relieved of duty due to a loss of confidence in his leadership in June 2013. As commander of the 91st Operations Support Squadron, Olson was in charge of the training and proficiency of missile launch control officers at Minot AFB. The 17 officers were removed from their posts after investigators found numerous safety violations, potential violations in protecting nuclear codes, and basic attitude problems.

In 2008, a Pentagon advisory group report found a dramatic and unacceptable decline in the Air Force’s commitment to the nuclear mission. Although President Obama campaigned for disarmament, he continues funding and rebuilding nuclear facilities and stockpiles. Plagued by incompetence, misconduct, and low morale, the air force is no longer committed to the Cold War zeal of their predecessors.