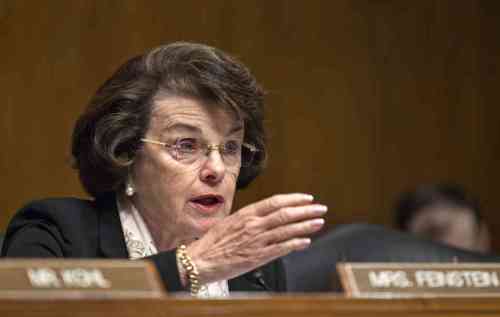 Originally published on January 9, 2015, at NationofChange.org

Before stepping down as Chairperson of the Senate Intelligence Committee, Sen. Dianne Feinstein sent a letter to President Obama enumerating her recommendations to prevent the CIA from committing further acts of torture. Sent on December 30, 2014, but made public on Monday, the letter acknowledges the existence of legislative loopholes allowing future administrations to reauthorize the use of enhanced interrogation techniques. Although Feinstein urges stronger oversight of CIA programs and holding intelligence officials accountable, the GOP-led Senate is unlikely to enact her proposals.

Releasing the heavily redacted Executive Summary of the CIA’s Detention and Interrogation Program on December 9, 2014, the Senate Intelligence Committee detailed several acts of abuse and torture committed by the CIA during the incessant war on terror. According to the Committee, the CIA lied to Congress, the National Security Council, the Justice Department, and the American public about the severity of human rights violations and the effectiveness of information gathered through enhanced interrogations. The Committee also accused former CIA Director Michael Hayden of lying to the Committee regarding prisoners’ deaths, the questionable backgrounds of CIA interrogators, threats against detainees’ family members, and reliability of information obtained through torture.

According to her letter to the president, Sen. Feinstein recommends closing all torture loopholes buried within the Detainee Treatment Act of 2005, the U.S. Army Field Manuel, and Executive Order 13491. She notes that the Office of Legal Counsel interpreted the Detainee Treatment Act to allow the CIA to use coercive and abusive interrogation techniques. Intelligence community personnel are not limited to conducting only the interrogation techniques listed in the U.S. Army Field Manuel. And although Obama’s Executive Order 13491 revokes Bush’s Executive Order 13440, a future president could just as easily revoke Obama’s order ensuring lawful interrogations.

Feinstein also recommends requiring the U.S. government to notify the Red Cross and provide timely access to captured detainees. According to the report, CIA officer Matthew Zirbel left black site detainee Gul Rahman beaten and half-naked from the waist down in an unheated cell overnight while shackled to a wall in November 2002. Rahman was found dead of hypothermia the next day. In a case of mistaken identity, German citizen Khalid El-Masri endured months of beatings and forced rectal suppositories before being released without charges.

Omitted from the summary were Binyam Mohamed’s allegations of torture and the death of Manadel al-Jamadi. Arrested in Pakistan on April 10, 2002, Mohamed was transported to a CIA black site where he was beaten, burned, and suffered cuts along his torso and penis with a scalpel. The US eventually dropped all charges against Mohamed and released him. At the Abu Ghraib prison in 2003, Manadel al-Jamadi died in a shower room under CIA interrogation with his arms tied behind his back. Former Specialist Charles Graner, Jr. notoriously posed over al-Jamadi’s corpse for a photo before being charged with torturing his prisoners. Mark Swanner, the CIA interrogator, has not been charged with al-Jamadi’s death.

Feinstein plans to introduce new legislation preventing the CIA from holding detainees on a long-term basis. She also recommends that the National Security Council (NSC) should improve its oversight of CIA covert action programs. Due to the fact that the CIA lied to Congress, the NSC, and the Justice Department, Feinstein proposes providing the State Department and Justice Department access to all relevant CIA files.

Insisting on improving background checks for CIA employees, Feinstein also wants to hold CIA officials personally accountable for their actions. Many of the CIA officers involved in the Rendition, Detention, and Interrogation (RDI) program had histories of violence, abuse, and sexual assault. Besides waterboarding and beating detainees, CIA interrogators also threatened to rape and murder prisoners’ family members, denied medical treatment for detainees, and repeatedly performed rectal rehydration or feeding without medical necessity. Prisoners with broken feet and sprained ankles were forced to stand for extended periods of time to induce sleep deprivation.

Feinstein suggests prohibiting CIA contractors from interrogating and torturing prisoners. According to her letter, contractors made up 85% of the workforce of the CIA detention and interrogation operations by 2008. Omitted from the executive summary, the Committee failed to mention the murder of Abdul Wali. Between June 19 and 20, 2003, CIA contractor David Passaro beat an Afghan suspect named Abdul Wali to death with a metal flashlight. Found guilty of one count of felony assault with a dangerous weapon and three counts of misdemeanor assault, Passaro was sentenced to serve 8 years and 4 months in prison.

Feinstein also recommends involving the Director of National Intelligence (DNI) in conducting CIA accountability reviews and videotaping all national security interrogations. On November 9, 2005, CIA Director of National Clandestine Service Jose Rodriguez, Jr. authorized the burning of 92 videotapes depicting the harsh interrogations of Abu Zubaydah and ’Abd al-Rahim al-Nashiri. In response to the destruction of those tapes, the Senate Select Committee on Intelligence voted to review the CIA’s Detention and Interrogation program on March 5, 2009. The Justice Department never charged Rodriguez with obstruction.

In an effort to strengthen congressional oversight of the CIA, Feinstein suggests speeding up the declassification process and allowing the Senate Intelligence Committee access to any documents requested. According to her letter, Feinstein wrote, “The CIA actively avoided or impeded congressional oversight of the program, in part, because access to information on the program was restricted to the chairman and vice chairman of the committee until 2006.”

Even though the CIA requires massive oversight, the intelligence community and GOP-led Senate are likely to ignore most of Feinstein’s recommendations. Just as the toothless Rockefeller Commission, Church Committee, Nedzi Committee, and Pike Committee exposed several CIA scandals during the 1970s, the agency eventually returned to committing illicit activities against both foreign nationals and U.S. citizens even after the creation of the permanent Select Committee on Intelligence.

“These recommendations are intended to make sure that the United States never again engages in actions that you have acknowledged were torture,” Feinstein wrote to the president. Unfortunately, President Obama is a major supporter of the CIA and it will take more than a letter with good intentions to prevent the CIA from committing further human rights violations including kidnapping, torture, and assassination.