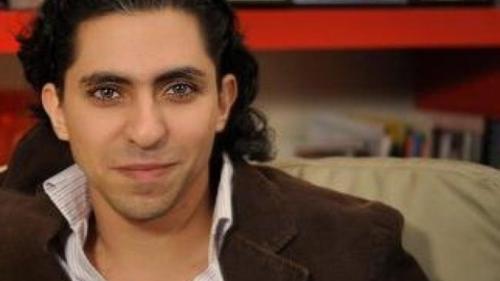 Originally published on January 11, 2015, at NationofChange.org

Fearing a resurgence of the 2011 Arab Spring upheaval, the government of Saudi Arabia began a series of 1,000 public lashings against an activist blogger for expressing freedom of speech and religion. Sentenced to 10 years in prison for insulting Islam, Raif Badawi must endure 50 lashes a week for 20 weeks and pay a fine of one million riyals (approximately $266,600). Although Saudi Arabia publicly condemned the recent attack on French satirical magazine Charlie Hebdo, Saudi secret police regularly collude with the NSA to commit human rights abuses against activists and bloggers.

According to an eyewitness account, Badawi exited a police van in front of al-Jafali mosque in the coastal city of Jeddah just after midday on Friday. Escorted by eight or nine officers, Badawi stood in the middle of the crowded square handcuffed and shackled. An officer beat Badawi’s back and legs 50 times with a large cane. Badawi remained silent as his face contorted with anguish. After the flogging ended, the officers escorted Badawi back to the van and returned him to prison.

Detained since June 17, 2012, Badawi had initially been charged with apostasy, which carries the death penalty in Saudi Arabia, but a judge dismissed the charge. Accused of cybercrime and disobeying his father, Badawi was convicted of insulting Islam on a liberal online forum that he had created. The Saudi government shut down Badawi’s website and originally sentenced him to seven years and 600 lashes on July 29, 2013.

After reviewing an appeal on May 7, 2014, a judge extended Badawi’s sentence to ten years in prison, 1,000 lashes, a ban from using the internet, and a fine of one million riyals. Following his arrest, Badawi’s wife fled the country with their children and moved to Canada. In July, Badawi’s lawyer Waleed Abul-Khair was sentenced to 15 years in prison and barred from travelling for another 15 years after being convicted of inciting public opinion, insulting the judiciary, and undermining the regime and officials.

In an act of diplomatic hypocrisy, U.S. State Department spokesperson Jen Psaki called on Saudi authorities to end the brutal punishment. Noting that Badawi had been sentenced for simply exercising his rights to freedom of expression and religion, Psaki neglected to address that fact that the NSA regularly colludes with the Saudi Ministry of Interior (MOI) to help track down activists and bloggers such as Badawi. Although the State Department has accused the Saudi government of committing arbitrary arrests, denial of due process, detaining political prisoners, human trafficking, and torturing prisoners to death, Psaki also chose to ignore the Senate Intelligence Committee’s report on CIA torture, rectal rehydration, and murdering detainees.

With his website featuring articles critical of senior Saudi religious dignitaries and Islamic historical figures, Badawi found himself at the mercy of modern-day judges trained as religious scholars under Sharia law. Part of a wider clampdown on political dissent, Saudi officials have made an example out of Badawi to intimidate and silence human rights groups and activists throughout the country. Fearing a recurrence of the 2011 Arab Spring, Saudi authorities believe they cannot afford any subversive incidents of political debate or religious questioning.

“Flogging and other forms of corporal punishment are prohibited under international law, which prohibits torture and other cruel, inhuman or degrading treatment or punishment,” stated Philip Luther, Middle East and North Africa Director for Amnesty International. “It is horrifying to think that such a vicious and cruel punishment should be imposed on someone who is guilty of nothing more than daring to create a public forum for discussion and peacefully exercising the right to freedom of expression.”

Badawi is scheduled to endure 50 lashes each week for the next 19 weeks. He is also serving a prison sentence of ten years for creating an online public forum.