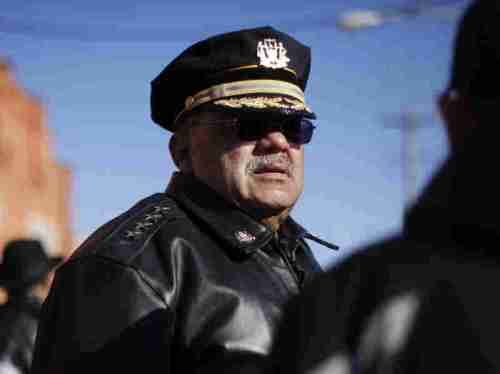 Originally published on March 25, 2015, at NationofChange.org

After experiencing an escalation in police shootings and civil rights lawsuits, Philadelphia Police Commissioner Charles Ramsey requested assistance from the Justice Department in 2013 to investigate the rising incidents of officer-involved shootings. On Monday, the Justice Department released its report criticizing the Philadelphia Police Department’s aggressive use of deadly force, lack of transparency, and inadequate training procedures. Marred by a history of misconduct and scandals, Philadelphia police officers have lost both the public’s trust and cooperation.

Conducted by the Department of Justice’s Community Oriented Policing Services (COPS) Office and written by the nonprofit Virginia-based CNA Corporation, the report issued 48 findings and 91 recommendations for the Philadelphia Police Department (PPD) to reform its deadly force practices. Reviewing hundreds of departmental policies, manuals, and training plans, CNA conducted 164 interviews with community members and department personnel between 2007 and 2013.

In the academy, recruits barely receive any de-escalation training. According to the report, instructors often encourage recruits to use force in training scenarios. Recruits do not receive Taser training, and officers are not required to carry Tasers or oleoresin capsicum (OC) spray. The Justice Department recommends that officers be required to carry nonlethal weapons in order to lower the number of police shootings.

Inconsistent investigations into officer-involved shootings have been plagued a lack of training, experience, and protocols. Internal Affairs Division (IAD) must wait for the District Attorney’s office to decline charges against an officer before conducting an interview three or more months later. Instead of waiting for months to pass, the report suggests IAD investigators should conduct interviews with officers involved in shootings no later than 72 hours after the incident. The Justice Department also criticized IAD for their poor quality of crime scene control and integrity.

Due to a lack of transparency and multiple police scandals, the PPD have lost the public’s trust in the department to investigate itself. In 1984, seven PPD officers, including Deputy Police Commissioner James Martin and Chief Inspector Joseph DePeri, were convicted of corruption charges. In 1995, six PPD cops were convicted of robbing, beating, and framing over 40 people. In recent years, a myriad of Philadelphia police officers have been convicted of robbery, rape, extortion, and murder.

Between December 2009 and June 2012, Philadelphia police officers Jonathan Garcia and Sydemy Joanis devised a plan to arrest suspected drug dealers, rob them, and falsify seizure reports. The FBI arrested Officer Garcia for selling heroin while in uniform. On May 29, 2013, Philadelphia police officers Sean McKnight and Kevin Robinson assaulted Najee Rivera, then falsely charged him with aggravated assault and resisting arrest. Rivera’s girlfriend tracked down the surveillance camera that recorded the incident and exposed the officers’ false statements. Last year, the FBI arrested 6 Philadelphia narcotics officers on charges of extortion, racketeering, kidnapping, conspiracy, robbery, and drug dealing. Abusing their authority, the officers allegedly beat suspects, falsified reports, and stole over $500,000 worth of cash, drugs, and merchandise.

Responding to the increase in officer-involved shootings and civil rights lawsuits against the PPD, Philadelphia Police Commissioner Ramsey requested technical assistance from the COPS Office in 2013. Between 2007 and 2013, officers shot suspects on average over once a week, even though, the number of violent crimes had decreased. During that period, six PPD officers were feloniously killed in the line of duty.

The Justice Department released the report a few days after District Attorney Seth Williams cleared a Philadelphia police officer of any charges related to shooting an unarmed man in the back of the head. Around 2:45am on December 15, 2014, officers pulled over Brandon Tate-Brown and allegedly found a handgun inside his vehicle. According to the police, Tate-Brown struggled with the officers for several minutes before lunging inside the car to retrieve the firearm. Tate-Brown’s family has accused the police of covering up an unjustified shooting by planting the stolen gun at the scene.